with the new season upon us knott has been stocked with a number of fin perfect brown trout,with the weather looking ok for the beginning of the season i hope to see a few of you up there.

No gear needed (but if you have your own, it would help) just turn up and join in
·       Introduction to Knottallow Tarn
·       Entomology (Bug Hunting) /Matching Flies (fly boxes on show)
·       Casting demonstration by with Tony Riley (AAPGAI)    (including introduction to equipment, materials, leader set ups and knots)
·       Learn to fly fish – demonstrations of general techniques and different styles
·       Question and Answer Session


Please Note : Attendees under 16 must be accompanied by a responsible adult
Posted by UAA Blogger at 14:45

With the new season up and running and knothallow stocked the fishing has been a bit challenging for the first couple of weeks,with the wind blowing hard.

But when the wind  dropped then the fish have been looking up and the rod average is healthy,Albert petigrew and his mate Jimmy have been having a lot of success with small spider patterns and later on bibios and black hoppers

Adam has been catching lots of fish on diawl bach  and  other small nymphs and even i got into the action catching fish on the ever reliable beetle patterns.

With the weather a bit better trips up to knott have been on the cards,i have been snatching a few hours after work.

The fishery has been in good form with plenty of fish topping and everyone catching lots of fish,on looking at the signing in book it was clear to see that people are catchng on a variety off methods from lures too dry's and  austin has been catching on his  secret hot spot spider !!!!!!

Myself i have been using small beetle patterns and on weds night there was a trickle of olives hatching off these had the fish on top and mopping up the olives. 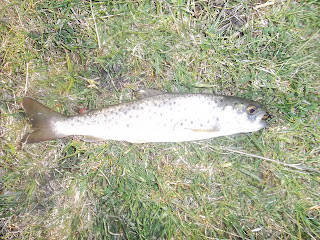 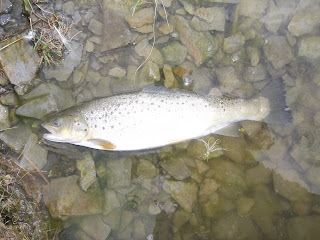 All Shapes and sizes

All shapes and sizes

With the weather set to break i took a few hours off work and headed to my local club water at knottallow tarn the weather conditions were just about perfect with a light warm wind blowing across the tarn.

The fish were on the top and feeding well on getting to the water i could see lots of black gnats on the water,i caught lots of fish on various size gnats. 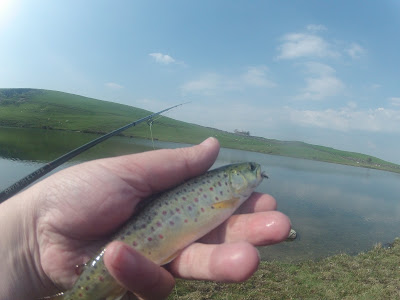 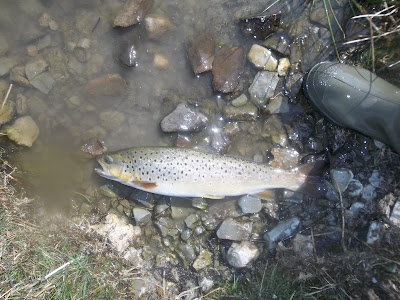 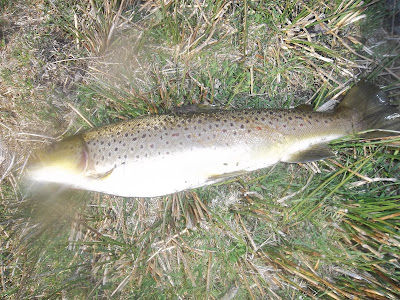 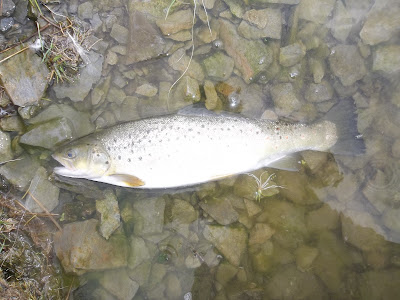 alan plevey
check out my blog http://cumbrianangler.blogspot.co.uk/
Posted by UAA Blogger at 17:10


﻿﻿﻿﻿﻿﻿﻿
This was the scene at the carpark on Tuesday. The road in from Kirkby Moor was blocked with drifts up to 2 metres deep. This part was only just passable. The snow had frozen and with the temperatures not rising much can't see it disappearing quickly.﻿﻿﻿

Have managed two trips so far with reasonable results.
Fished all afternoon on Saturday and never saw or touched a fish until about 5.00pm (would think there were no fish in the place!), when a small rise started in the calm water near the stile bank. Previously tried weighted damsel nymph and corixa with no effect. Just swapped to a size 14 beetle fishing round from the point when I spotted the rise. Missed the first fish I covered - blow off the rust! Managed three fish before I had to go. One of these was a superb green tagged fish that had overwintered - estimated weight about 3pounds. Chuffed to bits. Sorry no photo - wanted to get it back asap.
Tried again Monday afternoon from 3 till 4.30 and managed seven on a mixture of spiders and beetle.
Could see that the fish are still shoaled up and cruising the edges, but still feeding. Other people have had success with a variety of lures - assume they got among these shoaled fish as they appeared to chase anything. Tried a Kate McClaren pulled across the surface and had many chases but never connected. It was then that I spotted that, even they were swirling around, they were actually rising. That's when I swapped to the beetle, dropping it into the area the fish were and just leaving it. Takes were confidant.
Dave H
Posted by UAA Blogger at 13:43